Cats Are Out of Season- Because of "Dog Sees God"

Recently I went to another Skidmore Theatre production entitled "Dog Sees God: Confessions of a Teenage Blockhead." It was one of the most poignant and age relevant pieces I have seen in quite a long time. Directed by Margaret Smith '12 was a show based on the well-loved and classic Peanuts characters. Charlie Brown, Sally, Lucy, Pig Pen, most of the characters were there! What differentiated this show and truly made it note worthy was the material it tackled. The audience was set-up to feel as bystanders who were intimately involved in watching the lives of somewhat disturbed teenagers. The characters struggled with depression, sexuality, body image, and stereotype which made them relatable to anyone who made it through high school. Funny and tragic, this piece shed light on issues facing many young people. I would see it ten more times if I could! Overall, 6 out of 5 stars :)
Love always, Emmeline
Posted by Emmeline at 9:13 AM No comments:

This weekend was the 23rd National Comedy Festival which was started by a Skidmore alumn, David Miner, who is the executive producer for 30 Rock, and Parks & Recreation. He was a member of one of Skidmore's comedy groups, The Ad-Libs, which is still going strong today! The weekend was made up of a women in comedy panel, 18 college shows, and 3 professional shows. The college shows were made up of comedy groups from school's including Vassar, Yale, NYU, Brown, Emerson, Skidmore, George Washington, Boston University, and many more. I am pretty sure I was dying of laughter the whole weekend. The shows were a mix of sketch comedy and improv, and it was great to see students from all over come together and celebrate their love of comedy. I ushered the event which got me free tickets to all the shows, and an awesome t-shirt! I was unable to go to the event last year, but now it is definitely an event I would never want to miss! One of the most amazing parts of the entire weekend was that it was all student run! Skidmore students from the theatre department and elsewhere really stepped up their game and planned a smooth, tightly run Comedy Festival with no glitches. Check out this article from The NY TIMES (WOW!!!) that has more about the festival- http://www.nytimes.com/2012/02/05/arts/national-college-comedy-festival-at-skidmore.html?pagewanted=all It was quite the celebration and left my abs hurting from all the time I spent laughing :)
Love always, Emmeline
Posted by Emmeline at 11:14 AM No comments: 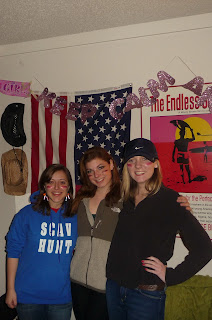 Yesterday was quite the party at Skidmore. Everyone had on their Super Bowl apparel and the excitement was evident. I was rooting for the Giants and so I was ecstatic when the 4th quarter clock hit 0:00! While I spent last year in the dorms celebrating, this year I went to the town houses on campus to partake in Super Bowl festivities which included the world's best nachos and Buffalo wings from Wings over Saratoga. My stomach was incredibly happy! It was also nice to spend some time in an actual house. While I have loved living in the dorms, there is something about being in a house with a kitchen that's comforting. I'm sad the weekend is over because it means back to the real world. I have my first Organic Chemistry II exam next week and I am getting awfully nervous. I am really enjoying my classes though, and my professors are great. My Business professor owns Putnam Market in town which is awesome! I am actually off to go work on some Business homework, but next week is Comedy Fest so get ready for some great updates!!!
Love always, Emmeline
Posted by Emmeline at 9:27 AM No comments:

The weather here has been very bizarre lately. Hardly any snow is on the ground, yet the temperature is quite cold. I don't know what to make of it!!! Tonight in the dining hall I saw boys coming in after playing tennis...not typical of Saratoga in January. Tonight, I would like to take the time to share my feelings on Skidmore Athletics. While we are division three, I have found that our athletic teams are great and it's quite entertaining to show up to their games. Men's hockey won their last two games and while it is very chilly at the ice rink, it's still a great time! Basketball is warmer as a spectator and those games are super fun as well. I always am amazed by how tall some of the players all. I honestly wish I was talented at a sport, but alas I am not so I have to settle by watching them. My favorite sport comes this spring...Lacrosse season! Woohoo! Lacrosse games are fun in the warm weather. Sitting on the bleachers, eating snacks, and watching talented athletes is quite the event. You can definitely expect me out there tailgating come the warmer weather! Anyways, I am getting super excited for the SUPERBOWL! It should be great and my friends and I are having a Superbowl party. I will be sure to take pictures :)
Love always, Emmeline
Posted by Emmeline at 5:14 PM No comments:

Back in The Swing of Things!

That's right...I am baaaaacccckkkk!!!! Woohoo! It is great to be back at Skidmore and see some old faces as well as new ones (many people are coming from the first-year London program and other study abroad programs). I have started classes and they all seem really great. I am most looking forward to my business class- MB107. It is one of Skidmore's most popular and well known classes. It is special because of a project, called the executive presentation, where students are assigned teams and they must pitch an idea to executives about how to increase profit for a company. We will find out the company that we are "working" for on February 8th and I very excited! Organic Chemistry II has commenced and the good news is that I made it through one semester so who says I can't make it through a second semester? I am confident that I'll get through it. While it's great to be back, the weather has been foul. There's not too much snow, but the temperatures are low and there is a sheet of ice that makes walking to classes a little difficult. Luckily they are putting salt on all the walkways, but that always ruins my shoes. I'll take ruined shoes over a broken back though! I hope all is going well with you all and that your 2012's are off to a wonderful start.
Love always, Emmeline
Posted by Emmeline at 8:02 AM No comments:


6 more days till I head back to Skidmore!!!

This break has been incredible. I went to California, spent time in the mountains, caught up with old friends, made new friends, but I can't deny that I am looking forward to getting back to Skidmore. This next semester is going to be academically challenging, more so than last semester, but I am looking forward to everything that I plan to learn! I am also looking forward to the various activities I plan to participate in. I am excited to help out the Skidmore Theatre Company, and I would also like to participate, again, in Skidmore's Student Government Association! I have big plans for next semester so it's hard not to be excited to go back. I also have New Year's resolutions to complete. I would like to do weekly yoga as a form of stress management, I would like to branch out and continue to meet new faces, and I would like to work hard to accomplish things this semester that I can be proud of. I look forward to updating you all on my endeavors this semester :)
Love always, Emmeline
Posted by Emmeline at 9:32 AM No comments: 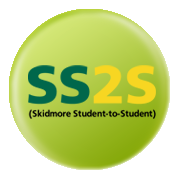 Emmeline
I am Emmeline and I am a sophomore at Skidmore! I am from Denver, Colorado so this blog started out as a way for me to keep my family up to date on my college life! I am a Neuroscience major on the Pre-med track as well as a possible Theatre minor. I love sharks, I have a bizzare obsession with glitter, and one day I want to own an enormously large bunny named "Pancakes!" 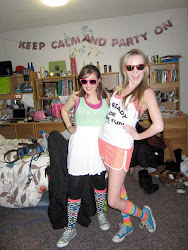 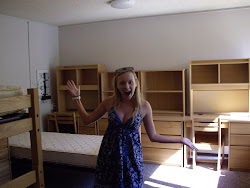